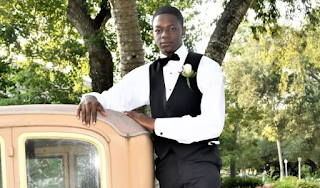 Carl Spivey III was an 18-year-old graduating senior who, his parents say, had high hopes for the future.

“It was a huge blow. It hurt. Total disbelief, shock,” his father said. “My body went numb. Couldn’t believe it. Still don’t want to believe it, still hoping it’s not true.”

Email ThisBlogThis!Share to TwitterShare to FacebookShare to Pinterest
Labels: Texas