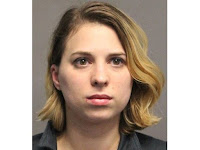 The girl who murdered a guy about the Causeway Bridge when she had been driving drunk was sentenced to 20 years in prison.


Olivia Matte took the stand prior to sentencing and gave an emotional apology to the household in a rip filled church.


The judge sentenced the 28-year-old Thursday afternoon at a Jefferson Parish court.

Matte needed a blood alcohol level of .216 -- almost 3 times the legal limit -- after she slammed into James Blackmond's pickup truck, sending him careening into the guardrail on the bridge.

Matte was detained, and it was her third DWI in only nine months.

Before she had been sentenced she took the stand and cried because she moans into Blackmond's family
at December 10, 2018