CHP Cracks Down On I-15 DUIs 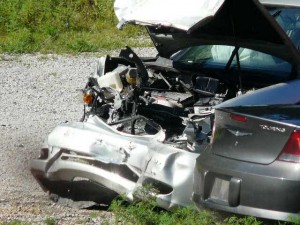 Recent reports indicate that the California Highway Patrol will ramp up patrol efforts along the I-15 corridor in an attempt to get a handle on drunk drivers, speeders, and those who fail to properly use seat belts and proper restraints while driving. The crackdown effort will focus on the I-15 corridor that stretches from Nevada to northern Riverside County and will involve speed traps, increased police activity and even air patrols.
According to a recent report by the San Diego Union-Tribune, there were over 130 deaths and nearly 7,000 accidents on that very stretch of I-15 in a single year. The injury, death and property damage toll has prompted the CHP to take action, cracking down on irresponsible drivers. Approximately 18,000 vehicles are thought to take the route daily.

Though the CHP’s action is expected to last only for two days, it is indicative of increasing concern on unsafe driving and DUI behavior on California’s roads. As you may know, California has one of the most draconian sets of DUI laws in the country, and takes both speeding and driving under the influence very seriously.