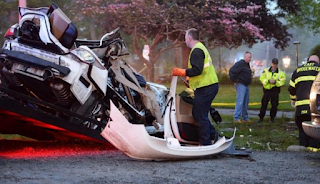 A South Bay DUI crackdown resulted in 20 percent more DUI arrests, reports the Mercury News. In 2006, 716 arrests were made of drivers suspected to be operating their vehicles while under the influence of alcohol and drugs; the figure rose to 859 between December 14 and January 1. The California Highway Patrol’s holiday crackdown put large numbers of officers on the roads, with 80 percent of the Patrol’s officers deployed along with “roving DUI units” designed to track down potential DUIs.

Among Bay Area law enforcement, San Jose police led the arrest count, with Palo Alto and Morgan Hill police departments following closely behind. Unfortunately, there was one alcohol-related death on the road during the crackdown period when Palo Alto man Enrique Tejada died during a Christmas Eve wreck. However, this number is smaller than in 2006, which saw four DUI-related deaths during the enforcement period.

Increased enforcement during holiday periods is no anomaly to California residents, who are used to hiked-up patrols at times when holiday parties and irresponsible drinking often drive accidents and DUI-related deaths. However, the increased action on the part of CHP and local law enforcement reflect a broader attempt to crack down on California DUI cases. And California’s own DUI laws are among the toughest in the nation, requiring mandatory jail time, increasing in severity with every offense, and endangering convicted DUI drivers’ careers and reputations.