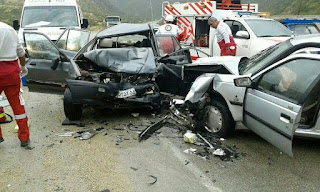 If you are drunk and driving in the state of Maryland and you are pulled over, you could possibly be charged with two types of offenses.

DWI: Being charged with driving while intoxicated (DWI) is the top alcohol infraction. It means, among other things, that your blood alcohol concentration (BAC) posted at a level of .08% or higher. In Maryland, the offense is extremely severe in the sense that:

A total of 12 points automatically are marked against your license. This results in instant revocation of your license.

The monetary fine for a first offense is $1,000

DUI: Although driving under the influence (DUI) is a lesser infraction under Maryland law, it is still a serious offense. If your BAC is between .04% and .07%, you'll be charged with a DUI. Drivers who have lesser BAC but fail on a field sobriety test end up with this charge. The end result is:

A breath test may also be asked by the law officer. If you refuse the test, your license shall be immediately suspended.

Suspensions at the Time of Arrest

You may be arrested if:

You fail the roadside sobriety test or

If you are arrested, you will be hand cuffed

Other officers will wait until processing at the jail before taking your driver license. Either way, it will be gone from your possession for a while. If you are convicted of the DWI, the time your license was in the hands of the police will be credited to the overall revocation or suspension.

You have the right to refuse to take the tests; however, the state has a right to impose a hefty consequence for refusing the test. Even if you are later found not guilty of the charge, your license will be suspended for 120 days to one year for refusing to take the breath test.

A driver, whose license is revoked due to a DUI or DWI offense, must undergo and attend an Alcohol Education Program before applying for a new license. This is a 12-hour educational program designed to educate you to avoid future DWI / DUI troubles.

Email ThisBlogThis!Share to TwitterShare to FacebookShare to Pinterest
Labels: Maryland