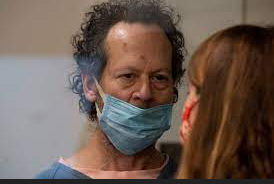 The actions of 64-year-old Paul Rivas were monstrous, he drove his Honda SUV 1.5 miles on the roads of southeast Portland and tried to run over as many people as possible.
"He hit the cyclist head-on and accelerated even more."
Jean Guerich did not live to discuss what happened a year before today. She went out for a walk, rejoicing that she had recovered from a shin injury and had taken her first immunization from Covid-19 when Rivas hit her and killed her. Many people came on a stormy night to remember her. This cruel madness has always changed the existence of its victims. It was also going to change forever how we tackle our shared road safety challenge.

Portland City Commissioner Jo Ann Hardesty, who runs the Transportation Authority and is pushing for reappointment in light of her experience in road safety projects, recently told me that the Rivas episode had changed her point of view in a general sense. 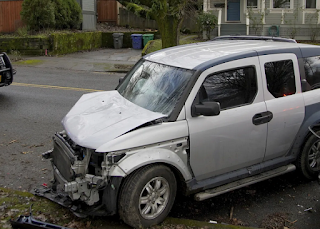 Given this uninspiring reaction, I wrote to Commissioner Hardesty to give her another opportunity to discuss what happened on January 25, 2021. That's what she said (my accents): "This terrible accident has completely changed my thinking about the need to desperately address and talk about the depravity of vehicles. I had never used this language before this episode. At present, I agree that the wording is necessary in order to ensure that drivers understand the severity of their responsibilities to drive a vehicle with the possibility of causing extreme damage during an accident. Last year we saw north of 60 unsatisfactory fatal traffic accidents across Portland, however this episode was particularly vile as they purposefully killed people using their car as a weapon.
As a supporter of responsibility and directness in policing, sometimes I am misrepresented as not being sure of any requirements of the law, which in no way corresponds to reality. I hope that this person is charged within the strictest limits of the law for the murder and harm they have presented. It should be obvious that I support PPB supporting genuine criminal traffic violations. At the moment, not exactly 50% of PPB representatives are allocated for observation and evaluation of the reaction. I insisted on a reorganization that would allow more officials to be sent to Portland if necessary.

For this reason, we really want more speed cameras and traffic light cameras to help with our transit regulations. I have been pushing for changes in strategy that will allow us to do this as we are working hard to ensure that supply chains supply more of these cameras. When we receive them, PBOT will be ready to submit them.

Just as this problem remains relevant, our structure is still trying to deal with Paul Rivas.
After he stated that he was not responsible for 31 charges (counting eight charges of murder for a legitimate crime) against him, the appointed body deemed Rivas unsuitable for preliminary consideration in May 2021. As indicated in court archives and sources in the District Attorney's Office, Rivas was subsequently examined by a State Hospital and found ready to stand trial two months after the fact. Today, he remains in custody without bail and is due to reappear in August, and a preliminary jury hearing is due to begin in September.