2 drivers were arrested for DUI while conducting a DUI checkpoint on Friday, February 4, 2022.

The checkpoint was held at Fairfax Avenue and Santa Monica Boulevard from 6 p.m. to 2 a.m.
One driver was cited for operating a vehicle unlicensed or with a suspended/revoked license, 1,179 vehicles were contacted.

2 other drivers were cited for having an open container of marijuana in the vehicle.

Checkpoint locations are based on a history of crashes and DUI arrests. The primary purpose of checkpoints is not to make arrests, but to promote public safety by deterring drivers from driving impaired.

The Los Angeles County Sheriff’s Department is committed to keeping the public safe when they are traveling.

The Los Angeles County Sheriff’s Department will continue to hold DUI/Driver’s License checkpoints throughout the year. 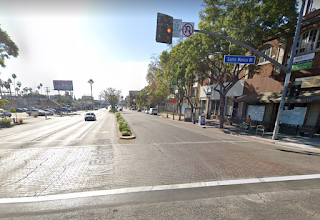